Allah is the proper Arabic name of God. In English language and literature, including this site, one or the other words, Allah or God, are used interchangeably.

The main part of the message is the understanding that God is the exclusive and only Creator, Sustainer, Cherisher and Caretaker of this universe and/or any others if they exist. He is the Legislator and the only Deity worthy of worship. Neither was He procreated and nor did He procreate. Our understanding of Him is limited to what he taught us about Himself through revelation. He commanded us to reflect on His creation(s) and systems so that we may know Him better. He is closer to us than we think but He and we are in different dimensions. Until the time comes or until He allows, we have no way of directly perceiving Him.

He does what He wills and whatever He wills happens. This does not mean that He has not given us a choice. A small part of His creation that is known to us and larger part that is still unknown, all follow His rules and are running as per His plans. His plans and the systems are just and balanced, an understanding we might attain if we reflect upon them.  Actions and inactions have repercussions and causes have effects, all according to His supreme plan.

We, the human beings, in spiritual form, existed before we were brought to this world and would continue to exist afterwards. Compared to the overall scheme of things, the period of our life is very brief and temporary. God brought us to life by putting us in our physical bodies and He could and would bring us back after a certain pre-determined time, known only to Him. He expects us to remember Him, obey Him, worship Him and follow the guidelines He sent to us through His messengers, the prophets of Him.

Each one of us is responsible and accountable for our own responsibilities, actions or inactions. Each one of us would have to individually answer to Him without any input or sway even from our friends, family members, children or parents.

Human beings, physically speaking, are not created equal.  We are different from each other in many aspects including the gender, color, race, health, wealth and intelligence. This is His wisdom. He tells us that there is no superiority of one person upon other by just the gender, color, race, health, wealth or even intelligence. Better is the one who is more knowledgeable of Him and fearful of Him and uses whatever is bestowed to him/her by Him to the use He intended. It is only in our own interest to try to know Him and reflect upon His creations, rules and systems. The material benefits and the knowledge we may acquire are bestowed to us more as a test from Him than a reward.

Out of all the attributes of Him we are given knowledge of, His Mercy surpasses all others. Oblivious of most of our past, all of our future and with a very limited understanding of even our present, concepts like this are difficult for us to comprehend. He is the Fashioner, the Designer and the Creator, while He is also the most Just, the Subduer and the Forgiver. He is Almighty, All-knower and Omni-potent.

God has given human being the mind to analyze a situation and make appropriate choices. Some of us are not accountable or punishable for our actions or inactions if this ability is absent or compromised. For others, His guidance has been formerly provided and recommendations already made. When the pre-determined time arrives, known only to Him, every human being would be brought to life, in front and answerable to Him for every aspect and detail of his or her life. Some would succeed and many not. In the Quran, God has given many examples of what may be the punishment for the ones who fail and reward for the ones who succeed. In our life times, it is not possible for us to determine our or anybody else’s fate. We are only asked to follow the right path, stay steadfast, ask for His forgiveness and have great hope in His Mercy. May God forgive us all.

A Muslim, preferably, is not an ascetic. One is active, involved and always trying to improve oneself and in the process of helping and improving the other people and life forms and their surroundings. While struggling to do this, even his day-to-day routine is considered an act of worship.

A Muslim is known by his character. All the ideological and philosophical beliefs and understanding might have limited value if they are not reflected on a person’s character. He does everything in his or her capacity to protect his religion, life, intellect, family and the property. He is truthful, fair, trustworthy, reliable, kind and generous. Finally, while constantly working for the noble cause, after putting a full effort on his part, he relies completely on God, the Almighty and happily accepts whatever transpires from Him. 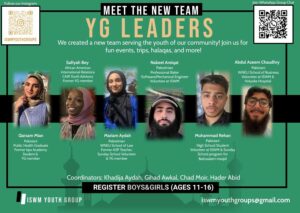