What is Islam? (The Hadith of Angel Gabriel)

On the authority of ‘Umar, radiyallahu ‘anhu, who said:
“While we were one day sitting with the Messenger of Allah, sallallahu ‘alayhi wasallam, there appeared before us a man dressed in extremely white clothes and with very black hair. No traces of journeying were visible on him, and none of us knew him.

He sat down close by the Prophet, sallallahu ‘alayhi wasallam, rested his knee against his thighs, and said, O Muhammad! Inform me about Islam.” Said the Messenger of Allah, sallallahu ‘alayhi wasallam, “Islam is that you should testify that there is no deity except Allah and that Muhammad is His Messenger, that you should perform salah(ritual prayer), pay the zakah, fast during Ramadan, and perform Hajj (pilgrimage) to the House (the Ka’bah at Makkah), if you can find a way to it (or find the means for making the journey to it).” Said he (the man), “You have spoken truly.” We were astonished at his thus questioning him and telling him that he was right, but he went on to say, “Inform me about iman (faith).” 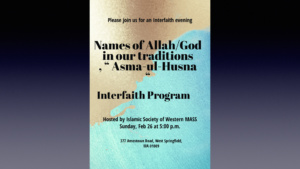