Hajj for a Muslim is the sacred once-in-a-lifetime visit to the Kaaba, the Sacred House or the Sacred Masjid, in the city of Makkah, the present day Saudi Arabia. The Hajj involves certain rituals that must be performed in a specified manner at the specific times, instructed by Prophet Muhammad (may peace be upon him).

Every able adult Muslim, in terms of health, social situation and the expense involved, is required to make this journey once in his or her life. It might be at least physically easier to perform as soon as one is adult and able to; many delay it until later in life or even retirement. For most people, Hajj is a difficult and demanding commitment of intention, effort, time and money. But Muslims all over the globe, during most of their productive lives, maintain and strengthen their intentions to make this journey, save resources, even a small amount at a time and patiently wait for their desire and dream of making this journey to come true.  Every year, 2-3 million people from almost every country of the world make this journey. In fact the demand is so high that the Saudi government allocates certain number of Hajj visas to every country based upon their Muslim population and/or to give representation to every nation.

Many Hajj rituals are based upon some of the events of the life of Prophet Ibrahim (Abraham) and his wife Hagar and their son Ismail (Ishmael) (may peace be upon them). For example, one part of the Hajj emulates the events when Prophet Ibrahim left his wife and son in the desert and she was running between the two hills, Safa and Marwa, looking for water. In this particular part, one is required to walk, at times swiftly, between these two places for seven times.

Zam-zam is the spring that sprung where Ismail (may peace be upon him) was lying and may be crying and kicking his feet on the ground. This particular spring has been providing the sacred water since those ancient times and the people coming to Hajj are drinking and taking it all around the globe.

In another part of Hajj, symbolically speaking, the devil is stoned multiple times. This is reflective of the events when Prophet Ibrahim (may peace be upon him) was instructed by God to sacrifice his son Ismail (may peace be upon him). As they were heading to fulfill God’s command, the devil repeatedly appeared and tried to convince them otherwise and they threw pebbles or stones at him. Related to that, a sacrifice of a sheep, cow or a camel is part of Hajj.

The dress code for Hajj, the Ihram, is also unique. Every man, in spite of his social or political status, covers himself with just two pieces of unstitched pieces of white cotton sheets and wears a flip-flop type sandal. Woman wear mostly white covering their whole bodies except the face and hands. There is no strict separation of men and women during the Hajj rituals.

Some basic requirements for Hajj

Mode and means of international travel are very different now compared to just a hundred years ago. Imagine somebody leaving the western part of China through central Asia or distant part of India traveling by foot or whatever animal or mode of transportation available before the automobile came into being or was widely available. It took months before he or she reached anywhere close to the land near Makkah; and imagine the amount of resources and effort involved. Even the sea journey took days to weeks, if not months. People from distant places all around the better-known world have been making this trip for centuries. The situation now is different, especially for the people in USA. They can browse the agent’s site for a suitable travel package, which usually include air-travel, fees, hotel accommodation and even the meals. Hajj travel is easy now.

Beside this general information, the detail of the Hajj itself is beyond the scope of this brief article. Please consult the local masjid for further guidance and to obtain appropriate information and literature. 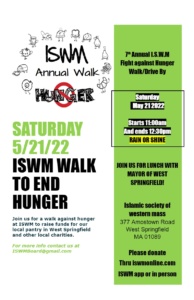 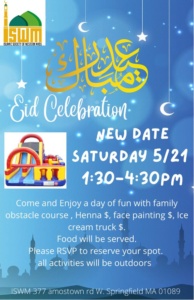